Once upon a time there was a group of young artists who worked at their art at home or in lonely precarious studios.  Some worked in pairs and/or had a few friends with whom they could talk about what they were doing, others were lonelier.  An older artist realized this and decided to bring them together.  It is easier to work and to show as a group than as individuals, he told them. After several meetings they became a group to share and discuss their preoccupations.   Each of them worked in a style of his or her own, but they found it reassuring to understand that there were other young artists in the same position as theirs, trying to develop a line of work  and to grasp things that at the time seemed beyond them.   They wanted to exhibit and to be able to make a living out of their work.  They belonged to a generation that had grown up during the military regime, when it was banned to meet in groups and when information on what happened before was perfunctory.  They were thirsty for information and for discussions,  they  were anxious to get together and to meet older artists, to learn about their experience of life.

At the time, a large rambling house in La Boca, that had belonged to the paternal grandparents of Jorge Macchi, one of the young artists,  was uninhabited.  A beautiful house, literally gone to seed, since plants had started to grow in the walls of the large patios and of the terrace, as plants do, thriving in cracks and in the ground under the old chipped tiles.   The young artists, who called themselves el Grupo de la X, moved their studios to the old house.   There they worked, looked into the work of their colleagues, discussed and argued,  pondered and matured.

Enio Iommi, the artist who had introduced them, and Jorge López Anaya, the art critic and art historian who first took and interest in their work,  followed their creative process attentively.  And one day, I myself was taken by Jorge López Anaya to the old Macchi house in La Boca.    There I met young Carolina Antoniadis,
Ernesto Ballesteros, María Causa, Gustavo Figueroa, Ana Gallardo, Enrique Jezik,
Jorge Macchi, Gladys Nistor, Juan Paparella, Martín Pels, Andrea Racciati and Pablo Siquier.

The group, as such, lasted only two years.  Since then, each one of them has done  well, developing a project of his or her own.  By well, I mean each one has achieved a body of work that is respected for talent and integrity.  Some of them are living abroad:  Gustavo Figueroa lives in Berlin, Enrique Jezik in Mexico,  Gladys Nistor in Paris  and Juan Papparella  in Brussels.   When they come back on visits they tell the others what they have been doing, how they live, what they miss, what they want to do next.    Gustavo Figueroa, Gladys Nistor and Martín Pels are the ones about which I know the least.

Some of them are no longer close friends and hardly see each other.  Ernesto Ballesteros and Pablo Siquier are always best friends.   Ana Gallardo and Jorge Macchi keep in  touch, discussing each other's work.  Ana Gallardo's daughter Rocío, María Causa's son Camilo and Andrea Racciati's daughter Marina are good friends, and play around while their mothers discuss this and that.  Ana works as assistant in the same gallery that shows María's work.   Carolina Antoniadis is close to the three of them.  Enrique Jezik and Juan Paparella would not dream of coming to Buenos Aires and not meeting those members of the group who live here.   Some of them still need each other, as aesthetic references and as dear friends.   Ernesto Ballesteros and Pablo Siquier are the most aloof to the rest of the group, and certainly to the women in the group.

The end of last year ended in celebration for those members who live here.  In November 2000 at the exhibition held by the Banco Nación  Jorge Macchi won the first prize and Ernesto Ballesteros and Ana Gallardo won menciones.  María Causa won the second prize in a contest sponsored by the Fondo Nacional de las Artes.  Most of them have shown abroad in prestigious exhibitions and institutions.  No show in which they take part goes unnoticed.  And as far as I know,  all of the original  members are still working as artists, which is unusual. 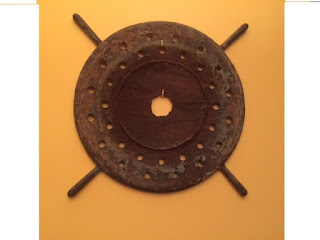